Charles, 9th Earl Spencer author and broadcaster, is the custodian of the family’s ancestral seat, Althorp, in Northamptonshire. Charles read Modern History at Magdalen College, Oxford  and has written several successful and best-selling  books, including Althorp: The Story of an English House, The Spencers: A Personal History of an English Family, Blenheim, Battle for Europe, Prince Rupert-The Last Cavalier, Killers of the King and To Catch a King. Killers of the King was the UK’s second best-selling history book of 2014. In 2003 Earl Spencer founded the Althorp Literary Festival.

Charles has worked with NBC News, Today, The History Channel and Granada Television as well as having written for The Guardian, The Independent on Sunday, The Daily Telegraph, The Sunday Telegraph and Vanity Fair.  The younger brother of Diana, Princess of Wales, Charles is uncle to Prince William and Prince Harry.

Michael Grade started his career sports communist with the Daily Mirror, before going into the family theatre business in 1966, moving to London Management in 1969 and negotiating TV deals for the likes of Morecambe and Wise. He joined London weekend television in 1973, becoming Director of Programmes four years later. He moved to the States in 1981 to become President of Embassy television in 1981 and returning to the UK in 1984 as Controller of BBC1. His tenure included the inclusion of Neighbours and Eastenders. He was Chairman of the BBC from 2004 to 2006 and executive chairman of ITV from 2007 to 2009. Baron Grade of Yarmouth is a life peer. 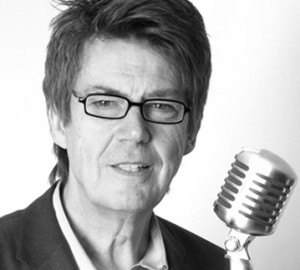 Mike Read has won ten National Broadcaster Awards and been awarded the Gold Badge of Merit by the Music Association for his special contribution to Britain’s music industry. A household name in Britain for over 35 years having fronted three top-rated long-running TV series, Top of the Pops, Pop Quiz & Saturday Superstore and three national radio breakfast shows, including Radio One and Classic FM.

A best-selling author, he has had thirty-six books published, his latest including, Seize the Day, and Forever England, a biography of Rupert Brooke and A Thousand Years of Caversham Park. Mike has written eight stage musicals and songs for over forty major artists Mike has had several chart hits and twice topped the Independent singles chart. Last year he had a best-selling CD of his music and Rupert Brooke’s poems featuring the Kings College Choir & the Eton College Chapel Choir.

Ian is a journalist, the cousin of Michael Grade and nephew of the Grade and Delfont family. He is treasurer of the Royal Variety Charity and the Charity’s award-winning residential home, Brinsworth House. Ian is also heavily involved with Royal Variety Show and Royal Variety management.

Nicky began her career in regional newspapers before working as a sub-editor on The Sunday Mirror and the Sunday Times. She went on the launch the Early Times, a newspaper for children and then joined BBC Worldwide with a brief to launch a junior version of the Radio Times. She launched Fast Forward for the BBC in 1989 and worked for 13 years as editorial director of the children’s division of the BBC, launching some 50 children’s magazines and sitting on the BBC brand development board. She was executive producer for two Childline concerts at Wembley and then worked as editorial director at Tree Top Media for four years, launching several more magazines. Nicky is the editor and owner of First news, the country’s best-selling paper for young people, the newspaper winning the Save the Children Award for ‘Outstanding Contribution to Children.’ She was awarded the MBE in 2009 for services to children.